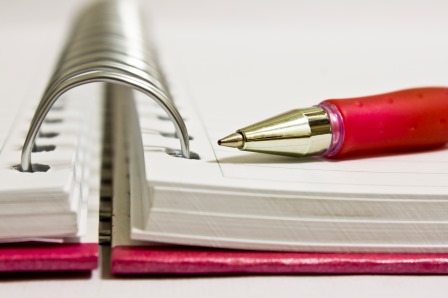 Kyjean Tomboc shares how an adviser turned a sweaty-palmed fifth grader into a gifted writer.

It all began with those formal themes back in grade school where you were supposed to write a few paragraphs about yourself and what your pet back home looks like. And who would ever forget that never-ending question of what (or who) do you want to be when you grow yourself a goatee, some pubes and a handful of armpit hair. There was the Filipino version too; I can vividly remember that it was called Kathang Pormal.

Despite the sweaty palms and garbled penmanship, I always look forward to that day in class when our manila paper-covered spring notebooks were distributed for us to write about whatever our teacher fancies us to talk about in paper. The teacher being Mrs. Clara Villaceran, my fifth grade adviser.

What am I to do? I could neither dance well to the tune of Macarena nor sing the Lupang Hinirang without going off key. I also had second thoughts on joining the volleyball team because I looked anorexic when I was ten, perhaps the chocolate-coated Bonicol tablets that were regularly given to us during deworming sessions didn’t work. And almost half of the class can draw. So I decided to please thy academic gods by writing about holistic health during Nutrition Months, nationalistic essays during August and the scene-stealer World Peace every October.

Until today, I do not know why Mrs. Villaceran chose me to represent the entire fifth grade when it comes to crafting essays. I may have shown potential or there was no one else around who was overly enthusiastic during formal theme sessions. I believed it was the latter. The entire time I wrote for the same public school during contests and conferences, she never failed in reminding me to “always write for yourself, the others (judges, readers, etc,) should come in second.”

Back in the days, I thought she was just being overly dramatic. Why would I not worry about the judges and readers would think? After all, it’s a contest. The main goal is to topple other student writers’ works and impress. It was not after I started nursing school, the same time I started keeping a journal, that I began to understand what she meant — the self should come in first when writing.

To the fifth grader who used to always have a hanky at hand for her sweaty palms during writing contests, writing was pure joy. It meant freedom. The who-used-to-be-that-fifth-grader is eternally grateful to Mrs. Clara Villaceran.