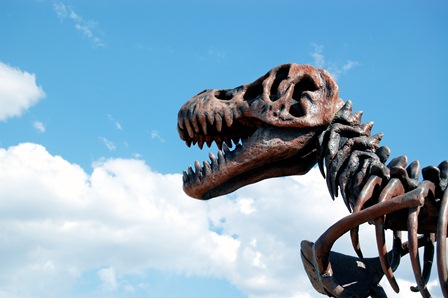 Jennyfer Tan has learned a lot of lessons from her 8-year son, Daniel. She believes that we all learn something from someone, even from the unexpected.

I thought I had it in the bag. Homeschooling a 6 year old boy. Easy! How hard can it be?

My husband and I have been talking about homeschooling our son since he was in preschool. We’ve researched about it, prepared for it, bought the lesson plans, workbooks and textbooks. I’ll just follow the outline right? Make a schedule? Allot a spot in the house to be our “study nook”?

It didn’t turn out the way we planned it.

We started the Grade 1 curriculum in July 2010, a month late because we had to wait for the lesson plan that we ordered from the US to arrive. Since our preferred mode of homeschool is the eclectic way, we would follow the pace of our son, so I thought, oh, we’ll be able to catch up, he’s smart. We ended up finishing Grade 1 before the year was over. He breezed through the lessons and kept on asking for more. We spent the next 3 months scouring the internet for interactive things and higher grade worksheets for him to accommodate his thirst for knowledge.

The same thing happened when he was in Grade 2, but the difference was, the questions he was asking were way more than what I know. He was already curious about solar system facts that I couldn’t seem to remember. He spewed words that I didn’t recognize, he played and finished physics games that I couldn’t even comprehend. His science lessons consisted of parts of the heart and the moons of the other planets.

And slowly, we were at each other’s throat, butting heads, testing each other’s patience and threshold. I was frustrated at his stubbornness to listen to me, and at his insistence on just reading in his room and not going out to play with his peers (in our case, the neighbors’ kids). He was frustrated at my inability to answer his questions at the drop of a pin. He kept insisting on doing repetitive actions and finishing a whole book before putting it down. He would scream and throw tantrums and would break down and cry, until he was too exhausted to talk and will just sleep.

It’s been happening constantly that his pediatrician recommended I had him tested for IQ. She said that the frustration and the power struggles might be from boredom. We took her advice and had him tested. The doctor was right – he was bored, IQ was 6 years above his age, but that’s not all – he was diagnosed with Asperger’s Syndrome.

According to Wikipedia, Asperger Syndrome (AS), also known as Asperger disorder, is an autism spectrum disorder (ASD) that is characterized by significant difficulties in social interaction, alongside restricted and repetitive patterns of behavior and interests. Although most students with AS/HFA have the average mathematical ability and test slightly worse in mathematics than in general intelligence, some are gifted in mathematics.

But what’s past is past. This is the now that we are facing. I have accepted it and found that the knowledge of why he was the way he was, was actually a blessing in disguise. With the help of the Internet and the books that I have purchased and read, I slowly understand why he acts the way he does, why he thinks the way he thinks, why he feels the way he feels, and I sometimes cry and feel guilty.

The things that I considered as his “weaknesses” turn out to be his strengths. His inability to stay still or being hyper means he has the strong desire to seek new things to learn, to gain more knowledge. His obsession with using a particular word and editing his worksheets means he has great attention to details. His “catastrophic thinking” (e.g. “Why are you late in picking me up at school? I thought you were caught in a tsunami and died.”, “My tummy hurts, I think I was poisoned.”) means he sees things in a global scale. He never fails to donate to the Fallen Soldiers Fund whenever he gets the chance.

He is currently attending occupational and speech therapy and is enrolled at the school where is accepted and nurtured. He is still bored at times, and he always announces that his favorite part at school is quiz time because that means he’ll be learning new things instead of reviewing the old ones.

One time I saw a picture of a weird looking dinosaur, looked for its name and thought it was something he didn’t know. I went to his room, proudly told him, “Hey Daniel, did you know that there was a dinosaur that looked like an ostrich? The name was Gallimimus!”

He then replied, “What did it mimic?”

“But what did it mimic?”

“What do you mean mimic? How did you know that it mimicked something?!” He then looked up from the book that he was reading and just said “Because mimus is the Greek word for mimic.”

Instead of getting angry at him for not paying attention to what I say, I’d just sit down with him for a lecture on the different types of dinosaurs and what era they came from. I’d watch him solve physics puzzles and hear him squeal a delightful sound every time he gets a perfect 3 stars on it. I’d spend time with him in processing the emotions he cannot manage on his own. I’d learn from him on how to be patient, how not to see things in just one way, how each of us can learn something amazing from every person we meet.

How teaching cannot just be from teachers.

How teachers can also become the student, and the student becomes the teacher.

I still consider our family as a homeschooling family. But instead of me teaching my son school lessons, he is the one that is homeschooling me, both in academics and life in general.

This is an official entry to the The Learning Site’s Christmas Carnival. / Photo source