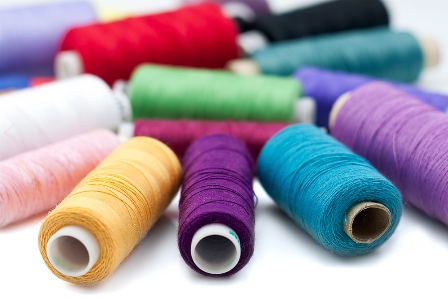 Geek wrote a story about the memories he had with his first teacher. She may not be a teacher per se, but she has shaped his life beautifully. For that reason alone, he is thankful.

I will tell you a story about a very ordinary student and an extra-ordinary teacher. This story happened in a different school, in a different classroom. There is only the student, the teacher and her teaching materials. No blackboards, no chalks but an old colored pencil. Papers, yes. But they are mostly old newspapers. And there is a notebook! There she scribbles names, numbers, measurements, deadlines.

I sat in her class, still in the clothes I wore the night before. She said she would teach me the ‘basics’. I was five years old and I was ready for my first sewing class. She first taught me the components of the sewing machine, its parts, where to put the bobbin, how to pedal. I thought that machine is a one-man factory. Amazing, I said to myself. After a few minutes of demonstration, she gave up her ‘throne’, that was my term for the old wooden chair where she nailed herself for most hours of the day. Yes, one could call her queen. She would laugh every time I call her ‘her majesty’, she would look at me affectionately, her eyes gentle behind her glasses. I sat there and recalled what she taught me. It was easy, my hands had a life of their own, and the rolls of thread light on my fingers. The cloth soft to my touch. My feet nestled on the pedal, ready for their first press. I placed the bobbin case, inserted the thread in the needle, pressed down the bar lifter, put the piece of cloth between the presser foot and throat plate. I inhaled and pressed.

The first few lines were awkward, zigzagged. It was childish. Hey, one has to start somewhere. But she kept urging me on, to just follow the line she put on the cloth. Take it easy, she said, do not rush. I listened to her, followed what she was telling me. And then, the unfortunate thing happened. The needle struck my forefinger. I watched as blood flowed on the cloth, as it stained the needle, how it bleed on the white thread. I cried. With so much calm, the teacher pulled the needle, she bound scraps of cloth around my finger to stop the bleeding.

This is my life, she said. Sometimes you get pricked, you get wounded. You get suffocated by the yards of cloth, gets choked with the rolls of thread. You become tired at the end of the night, you wake up early to finish, there is someone waiting for their clothes to be worn the next day.

But I have children to feed, she continued. I have tuition fees to be paid. A roof to be fixed. So, I keep on sewing. I keep on making clothes not for myself, but to clothe strangers. You understand?

I said yes, I understand. The bleeding stopped. She wiped away the tears that stained my cheeks and said I will be okay. I smiled.

We continued our lessons. From the proper way to measure, to making patterns, how to put buttons, to designing. In between, she taught me words of wisdom, harsh realities of life, how to survive. Days turned to months to years and I became the dressmaker’s assistant. Not a grand role, but I earn my keep. What I earned then, I bought dolls and made clothes for them. My playmates learned of this, and suddenly I have clients of my own, a row of blonde Barbies. She said she was proud of me.

But as her children grew up, so was the need for a higher income. Her husband’s salary can barely pay the bills, hers just enough to provide food for their table. So she decided to leave her home, her children to sew clothes for more strangers abroad. It was August 1998 when she left for the Kingdom of Saudi Arabia. I will spare you the tearful goodbyes.

I am used to ‘sewing words’ nowadays. As I ‘sew’ this story, a sudden nostalgia hit me: how my fingers miss the curves of the sewing machine, the smoothness of the needle. Or the feel of pedal under my feet. How I miss all of them. But above all, I miss my first teacher, the dressmaker, my mother.

This is an official entry to the The Learning Site’s Christmas Carnival. / Photo source